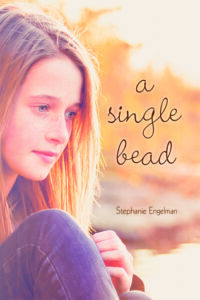 There are some real strengths to this book by Stephanie Engleman.  Firstly, I had tears in my eyes by the sixth page – this story is gripping and heart rending.  A family gathers on the anniversary of the death of their mother/ grandmother who died suddenly and shockingly in a plane crash.  Fifteen-year-old Katelyn wanders away from her family as they huddle together at the site of the crash and say a rosary.  Miraculously, it seems, she finds in the grass a single bead from her grandmother’s specially made rosary.

Far too few books are written for younger readers that explore the topic of death and grief.  This particular book does a very good job of navigating the complex and challenging topic of grief by tracing Katelyn’s story as she attempts to find more beads from her grandmother’s rosary.

We learn that Katelyn’s grandmother was a woman of great faith who held her whole family together in her heart and her prayers.  Unfortunately, Katelyn’s own mother Teresa is not coping with the death of her mother.  Initially I wanted to berate Teresa for being so insensitive and cold towards Katelyn.  Poor Katelyn is missing the fun times she used to have with her mother before Grandma died.  Instead, Teresa is presented as a distant, uncaring and very hard person. By halfway through the story, we begin to see that Katelyn’s mother is suffering from depression – a deep, destructive, utterly debilitating depression. Teresa descends into a dark, bedridden depressed state and must be hospitalized.

Katelyn is a believable and likeable character.  I enjoyed the friendship she enjoys with her cousin Evelyn as they busily go about the business of finding more of Grandma’s beads from her rosary.  Katelyn begins to explore her Catholic faith and is drawn back into the rituals and prayers of her Catholicism, particularly the rosary.  It is implied that Grandma, whose special devotion while she was alive was to the Blessed Mother, is already in heaven interceding for her family.

Katelyn’s dad is presented as a loving, hard-working man who does his best to hold everyone together as his wife’s mental health fails. He and Katelyn enjoy a special relationship.  Fatherhood is portrayed in this book as an important and necessary part of family life.  Dad is loving and affectionate, caring and emotionally attentive. He is rock solid in his devotion and care of his wife and children.  He makes the difficult decision to have his wife admitted into a mental health facility. He also manages somehow to keep his job while he does his best to tend to everyone’s needs. 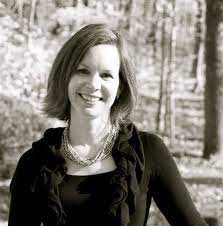 Katelyn is also well supported by a large, Catholic family of aunts, uncles and cousins.  Her Uncle Joseph is a priest who offers counsel throughout the story.  Katelyn’s aunts also rally around to help and support her.  As more beads are found, Katelyn is challenged by her elders to keep praying and asking for guidance.  Ultimately, Katelyn lets go of her quest to find all of Grandma’s rosary beads – she begins to understand that it is her Faith, and her prayers, that should be her main focus. The beads are not magical. They are not causing little miracles to occur.  It is God who is in control.

Ultimately, Katelyn’s mother, Teresa, begins to improve and apologizes for the way she has treated Katelyn. Teresa’s grief runs deep and began years before Grandma died.  Like all families, there are old hurts and resentments that lie festering for years. In this family, the death of Grandma forces Teresa to confront old hurts and let them go. The story ends with the discovery of yet another of Grandma’s rosary beads, and another miracle. Somehow, we know that this story is not over yet, and the intercession of Grandma’s prayers will continue. 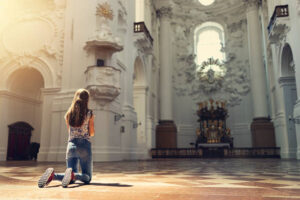 This story is very Catholic and well-pitched to a teenage readership. Katelyn cries many tears throughout as she is drawn ever closer into her Catholic faith.  My one criticism is that the story becomes “preachy” at some points as her aunts and Uncle explain complex Catholic beliefs and teachings.  I think these ideas might have been conveyed through the story itself rather than ‘explained’.  In more than one part of the book, I thought that teen readers might begin to lose interest as long paragraphs of dialogue are written to explain, for example, the difference between Sacraments and Sacramentals.

Overall, I recommend this book as VERY Catholic, and an excellent story of how one family manages death and grief.  It is not flawless but is a welcome and needed addition to your Catholic bookshelf or library.  Why not pair it with Rosa Sola, which is also the story of how one family struggles through unexpected death and grief, and how a young girl finds solace in her Catholic faith. Check out my review of Rosa Sola HERE.

You can purchase A Single Bead HERE.