The premise of this book attracted me – a retelling of the story of Christmas from the perspectives of Mary, Joseph and Zechariah. Each chapter is written as a diary entry from the perspective of one or another of these three persons. Closely drawn from the Bible, Katy Morgan imagines the world and characters that surround Mary and Joseph and tells of their experiences. The book is simple enough to be read by younger middle graders who are strong readers.  The chapters are short, and it is suggested that this might be a good book for the family to read together throughout Advent. 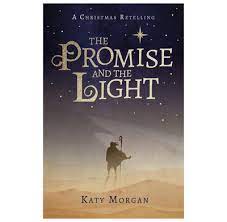 From a Catholic perspective, I struggled with many aspects of this book. The characters of Mary and Joseph were not presented in a tradtional Catholic way.   Joseph is a shy and somewhat indecisive character – he listens in on gossip, he drops his tools and loses his job because he made a mistake on the building site.  Mary is ‘nice’ although she gets annoyed and seems to be surrounded by a reprehensibly rude family.  Mary is depicted as having brothers  – who are insulting, arrogant and nasty.  Mary’s mother, Holy Saint Ann, is drawn as an unbelievably uncharitable and unpleasant woman who refuses to speak to Mary for months after she becomes pregnant.  Joseph’s mother is equally rude and unforgiving, even after Jesus is born. 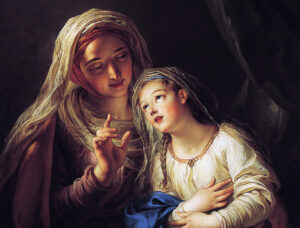 The second problem I had with this book is the modern language used throughout.  The words that come out of the mouths of characters do not sound authentic.  Mary’s brother Rueben speaks to Mary and Joseph here:

“So, you’ve got to toddle off to Bethlehem” – he jabbed a finger at Joseph – “you, dear sister, will now have to go with him, even in your… ahem… delicate condition.”

Reuben then proceeds to gloat over the fact that Mary will be travelling to Bethlehem just as “she’ll be ready to pop” i.e., give birth.  The contemporary language used throughout the book may have been used deliberately in a bid to engage younger readers, but this use of modern words, phrases and references jarred occasionally as I read through. 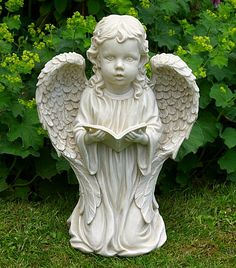 The book is not Catholic in the sense that the traditions we associate with Mary and her parents are not present in this book.  Saints Anne and Joachim have more than one child and the notion that Mary was presented at the temple at an early age is missing also. Katy Morgan has clearly drawn on scripture and her imagination to create life in Nazareth at the time.

There are strengths to this book.  I was swept along in the story – I found it to be a more enjoyable read once Mary and Joseph head off to Bethlehem and leave their awful families behind.  The bustle of Bethlehem, the drama of the birth of Jesus, the visits by shepherds and the wise men are all well done. There is an authentic feel to the descriptions of houses, clothes and customs which suggests that Katy Morgan has done extensive research about the times. I really liked the descriptions of Jewish feasts that are faithfully followed by this very Jewish community of people.  Joseph builds a temporary shelter for the feast of the Tabernacles and his family sleeps there for a week.  Prayers and stories from the Bible are told by characters which is a great way for young readers to learn and relearn important scriptural passages.  A handy notes section at the back explains how Katy Morgan has utilized Bible passages and Jewish customs in her story.

I wouldn’t recommend this book from a Catholic perspective.   I have reviewed another book with a similar premise HERE The Diaries of Mary and Joseph written by Dennis P. McGeehan that portrays the characters and circumstances of the Holy Family from a more traditional Catholic perspective.