This a great book.  It contains all the features of a classic story for young teens – a mystery, a boy’s dorm, skulking around a castle in the middle of the night, shadowy figures walking in the woods, a lovely pretty girl who lives up the hill in the convent and some edgy fight scenes.  The characters are all recognizable too – there’s the villain, the bully kid and the scared kid, and the hero of course. And what could be better than the premise that drives the story – our hero has lost his memory!  Will he ever find his family, or his home?

Honestly, you can’t go wrong with all of these elements coming together in Antony Barone Kolenc’s entertaining Shadow in the Dark. We open the adventure with the thunderous sound of horses bearing down on a little village.  Within three paragraphs on Page One of this book, the impending peril is almost upon them.  Kolenc doesn’t waste any time plunging us into the action – readers will love it!

Kolenc stated during an interview that he consulted with Professor Jen Paxton of Catholic University in Washington about monastic life in 12th Century England.  Our young hero, Xan, is living in a monastery where monks are going about their daily prayers, preserving the scriptures, and taking care of orphans. While the traditional Catholic life is not a major aspect of the story, it provides the context of this story. 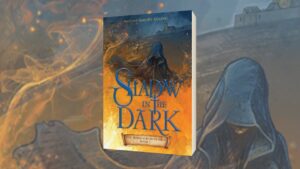 The story is well paced as it follows Xan and his slowly unfolding memories of home. Along the way readers learn about the humble lives of the peasants, the extravagant wealth of the masters, and the kindness of the monks and nuns.  The monks that we meet provide an array of personalities – I particularly liked how Brother Andrew reveals his amazing horse riding and Knightly fighting skills at the end (a bit like Atticus Finch from To Kill a Mockingbird turns out to be a sharpshooting marksman).

Small criticisms I had were that I couldn’t remember who was who towards the end because there seems to be so many characters; younger readers might struggle with knowing what is happening, but there is enough there to get the gist of what is evolving as the story reaches its climax. There is also reference to a monk who is grumpy all the time because he self flagellates which was apparently an accepted practice at the time.  This form of self-harm might be considered a bit risky for some young readers, however it is written in such a way that many young readers will not really understand the references to self-flagellation. 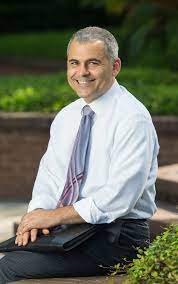 By story’s end Xan has grown in character and maturity.  He has learnt about courage and fear, the pursuit of justice, and the power of forgiveness. Kolenc sets up the next book of this series in the final chapter when the villain escapes and we just know that this fight is not over yet. There are apparently three books written that follow Xan’s adventures with the fourth almost complete.

I would wholeheartedly recommend this book for young teens, especially boys, and only wish there were more Catholic books of this quality published to dress the shelves of Catholic school libraries and homeschools.

You can buy Shadow in the Dark HERE .

There is plenty here to explore.  This book could complement or inspire a study of medieval life, or the lives of monks and nuns in twelfth century England.  It would be great as an entry into a study on Feudal society.

There are so many great ways to teach from this book.

3 thoughts on “Shadow in the Dark”