I have read several of T.M. Gaoette’s stories and her greatest strength as an author is her real-life and sometimes gritty portrayal of young characters who are caught up in the contemporary world and battle contemporary problems.

Teens will love this book but be warned: it contains drug taking, drinking alcohol to excess, teens behaving in immoral and amoral ways. There are references to sex.  There are no graphic depictions of how young people take drugs and no graphic sexual depictions.  There is one character who smokes marijuana openly. There is no swearing. 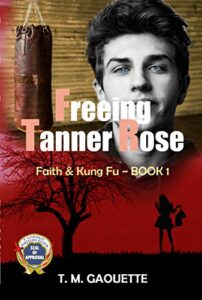 Tanner Rose is pretty, successful and only 14 years old. Tanner’s mother has a brutally forceful personality who controls every aspect of her daughter’s life and career. Contrasted to Tanner and her unreal celebrity existence, we meet the aptly named Gabriel. He is a quiet, wholehearted believer in God. He has honed his physical strength and self-discipline through Kung Fu.  He goes to Mass and his mother homeschools him.  He knows his Bible.  He is level-headed and has the capacity for insight into people and their problems.

The relationship between Gabriel and his mother is well crafted.  We learn that Gabriels’ father died.  Later, we learn that his father drank alcohol to excess.  Gabriel’s father wasn’t perfect. This fact provides another layer of meaning into why Gabriel and his mother, Miss Ruth, persevere with Tanner despite the heartache and challenges she throws up at them. I admired how T.M.Gaouette allowed our hero Gabriel to falter and weaken at one point in the story – this episode provided more depth and reality to his character.

Tanner is an interesting character. She is occasionally rude and pretentious.  On the other hand, we can see that she is genuinely suffering.  She is already battling addictions.  She feels insecure, over stressed and under pressure. Being so young, she doesn’t really understand what true friendship is.  She is caught in a trap of thinking that good times can only be had by getting drunk and flirting. She equates her own value with being noticed by adoring fans. Throughout the novel, Tanner begins to unravel.  She begins to appreciate Gabriel and Miss Ruth and the simple, faith filled life they lead. She begins to change. She is also challenged mightily as she returns to her old life. 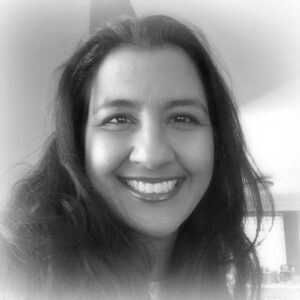 Teens will love the dramatic, tearful moments when Tanner almost throws it all away again.  But she holds on.  She escapes a drug overdose by the barest minimum of circumstances.

The book is entertaining and fast paced.  Girls will love blue eyed Gabriel.  They’ll giggle at Tanner Rose’s excesses and pretentions.  They’ll be shocked at times, but ultimately God, prayer and Faith save the day.  Tanner is saved and converted. She starts going to Mass at a Catholic parish in town and begins to make fruitful connections with decent people.  The book ends with her heading off on a mission trip in between filming her tv show. 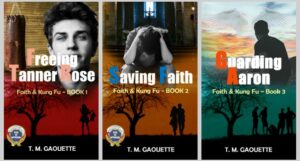 I recommend this novel for older Catholic teens with warnings about some of the subject matter. The story is grittily and uncomfortably real in places.  It is quaint and appealing in others.  God is very present in this story.  I look forward to making the acquaintance of a few more of T.M. Gaoette’s characters in the future.

You can read a review of this novel by the author T.M.Gaoette HERE