I like to include young adult books in amongst these reviews.  The “young adult” and “teen” categories usually overlap and there is plenty in this story for teens to appreciate and enjoy. There are no teen characters in the story who are navigating their senior years at school – this is the story of a young man who is working through a life changing revelation about himself, his history, his world, and God. 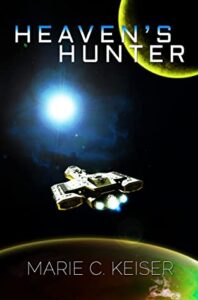 Set in a future time when space travel and colonization of distant planets seems to be the order of the day, we learn that Catholicism has been outlawed.  Catholics are the enemy of the state and are hunted down with increasing ruthlessness as the story progresses.

The main character, Randall Yung, is the son of very wealthy and very influential parents.  His life has been mapped out for him.  But Yung is restless.  Instead of entering into business or politics, he joins the armed services and works his way up the ranks in The Fleet, eventually becoming a detective.  He travels space, works undercover, seeks out criminals and breaks open major crime syndicates. And yet, he’s still not happy. As the story unfolds, Yung decides to work undercover in a Catholic community that lives on a dry and barren planet where the exiled are sent.  When Yung arrives, he finds a teenage girl, like a beacon of hope, handing out cups of water and sandwiches to the new arrivals.  From there, Yung is surprised and challenged by the peaceful, helpful and nonviolent Catholic communities that he encounters – they seem to be made up of families and children, not soldiers and dissidents.  Author, Marie C Keiser cleverly recreates Catholic communities modelled on the first Christians; “They had little, but what they had, they gave freely” Yung observes. 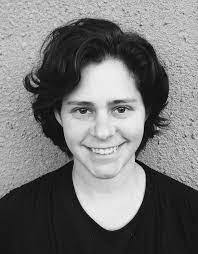 Yung’s conversion is gradual and extremely problematic for him.  He is eventually held prisoner, tortured and beaten for weeks – not by the enemy, but by his own parents.  Yung’s conversion to Catholicism has the potential to ruin the family reputation and fortune. Does he hold strong to his emerging faith?  And what of the lady who loved him and mysteriously disappeared? Hmm… you’ll have to read the book to find out.

The story has many strengths. I found it to emotionally engaging – I became frustrated, excited, anxious and relieved.  The characters are interesting, and the pacing is good.  While the story moves along quickly, the main character is given time to have his strongly held beliefs challenged and ultimately changed.  I found it interesting that there is a ruthless streak in Yung and his family.  Yung’s ultimate strength as a character is that he uses that ruthless and hard trait to break free from his family.

There are a few stand out moments in the book.  Yung asks a Catholic why he believes and gave everything up to become part of the Catholic community.  “Because it’s beautiful, and good and true” is the reply.  Yung’s own belief in the goodness and truth of the state he serves has been shattered as he learns the truth of why Catholics were outlawed. His growing awareness of the corruption of the state, and his own family, turns Yung’s world upside down.

The story explores themes of truth and lies, right and wrong. It is particularly relevant in our contemporary world – what is there left to believe in when your faith in progress and government is destroyed? Who can you trust when popular opinion can be so thoroughly manipulated?  The final pages are exciting, sad and satisfying. Poignantly, Yung, comes to understand:

“It is right to remind oneself of a God who was one of us, who suffered as we suffered, who had died for us. That was a God I could pray to, a God I could trust.”

I recommend this book for older teens, especially teens who love to ponder the ‘big questions.’  Although there is a prolonged torture scene, it is not gruesome or extreme.  There is no swearing or sex.  There is violence portrayed that is relevant to the situation.  You can purchase your copy of Heaven’s Hunter HERE.